Life is a puzzle with most of the pieces missing.

At times I feel the pieces of my life are finally coming together. It is something like a 10,000 piece puzzle of a flower garden or a riverbed. You know, one of those puzzles where all of the pieces look practically identical. The kind you would be a fool to believe you could finish without dedication, focus, and silence.

There are puzzles with pieces of all different shapes and sizes. I prefer jigsaw puzzles because I like consistency when trying to figure things out. Unfortunately, the pieces we are given in life are seldom the ones we think will be the best fit.

I have fond memories of putting puzzles together with my family. These were times when we could all work together to accomplish something we actually enjoyed. (We could accomplish a lot of yard work as a team too.) It challenged our minds, and for me, it brought peace. In a family as large as ours there would be at least one fight every day. Sitting around a table in silence was something that usually only happened around dinner time, when we were too busy stuffing our faces to take into account the presence of any other being.

Of course, first things first, we would have to flip all of the pieces over to get a better look. Once they were all visible, we would begin by finding all the parts that would make up the frame. This stage in the puzzle-solving game is comparable to the beginning chapters of an individual’s life.

Every experience that childhood brings is an edged piece that will make up the frame of his existence. It will determine how he will act, what he will enjoy, what he will dislike etc…. This could make or break his future, though there is still the hope of finding the right pieces later. How much harder it is to finish a puzzle without a completed frame!

Next, we would separate the pieces into color groups. Some would put together the red flowers, some the purple. Others would complete what would be the house or the darker blue of the river. Somewhere between being a child and a young adult – after the age of twelve and before the age of sixteen – one can feel stuck, as if the puzzle will never end up like the picture on the box.

This is one of the darker and lonelier times of an individual’s life. Here they begin to realize their need for companionship to help them figure which pieces make up which part of the bigger picture. The question is, will those who join them be a help or a hurt? Will they assist in separating the pieces accordingly, or cause them to suffer the loss of an important piece or two?

Now we are at a crucial point in the puzzle-solving game. Whatever decisions we make here will either push us forward or set us back. This portion of our task took the longest (days even) to complete. Each of us would put our designated pile of pieces together, and try to eye how each similarly colored piece would form some part of the complete puzzle.

In my experience, it was not so much about how hard life was, it was all of the risks I was taking to ensure my life would pan out the way it was supposed to pan out. The decisions were not as difficult as they were terrifying. I had to learn to make them on my own, and that is when pride would set in and do its work to make sure I was the loneliest being on the planet. Life is scary sometimes, but there is Someone who has always viewed the bigger picture of our lives. God created the masterpiece which we have not yet seen, but we have the privilege of putting our hands to the work of revealing it.

Sometimes it is frustrating and messy, but it always seems to be worth the effort.

Now here is where the fun begins. It is not all roses, for sure, but it is liberating and satisfying to the dedicated puzzle-solver. Sometimes it is frustrating and messy, but it always seems to be worth the effort. Here is where we began to take the small sections of our enormous puzzle and try to fit them into the frame we composed at the beginning. At times, we would have to break the puzzle to slide the pieces into their place. Other times we would try to lift them over the edge, being careful to secure each part. I remember the exasperated sighs when portions did not fit as well as we would have liked, and we would have to take them apart piece by piece to ensure we did not lose track of our work.

Maybe I do not recall enough of my childhood to share personal experiences, but where I am now is rich with experiences of inner chaos, and outer stability that will tell their own stories one day. I’m at a point in my life where the pieces that made no sense before are now fitting in places I knew nothing about. Some of the pieces I had been holding on to, hoping they would come into play someday, have been deemed unfit. However, there are those pieces that fit exactly as they should, replacing anxiety with peace.

I remember holding on to just one piece of that puzzle, hoping it would be the last one needed to complete the image we had recreated. However, I was not the only one with the idea. The blessed silence would turn into an argument about who would put the last piece in place. You would think we were fighting over the last slice of pizza. (I may or may not have been punched before in that kind of situation.) Finally, the oldest would obviously win, and have the honor of finishing the puzzle into which we had collectively poured out our hearts, souls, and minds.

I am fully aware I have a long way to go before I am finished; but when at last I am able to settle the final piece that I have been holding onto, I will give it over to my Heavenly Father. He is the one who deserves the honor and glory for the masterpiece. It will be enough for me to have been able to be apart of it all. 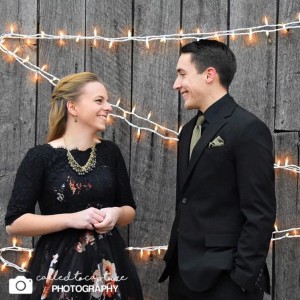