Over seven months ago, I was hired by a church to work in their daycare as a K3 teacher.  My first thoughts were: “Daycare? Am I even qualified to take care of a child? What if I have to change a poopy diaper? Children hate me!” Let me tell you, I was a nervous wreck, and honestly, I had every right to be!

When they introduced me to my classroom,  I was excited to be working with the three-year-olds. They were all playing with their toys so sweet and quiet, and every one of them had smiles on their faces. I was sold on the idea that, if given the chance to teach this class, these kids were going to behave like perfect angels. During my training, I had the opportunity to watch another teacher work with the class for about a week. A piece of cake, right? After a week’s worth of on the job training, I was convinced I was a professional, and I thought I had things under control.

Boy, was I wrong! Everything I thought I knew about children was thrown out the window. It didn’t take long for me to realize that when it came to children, I was a total novice. My book of knowledge was full of empty pages and I was just winging it. My first day was a total fail.

I was beginning to think my sweet angel-faced preschoolers may very well be possessed. My first week left me pretty discouraged and it felt as though I wasn’t getting through to them —I was ready to give up.

Weeks and weeks passed, and I felt hopeless. It seemed like they weren’t learning anything. While trying to rest in my bed at night, I was tormented by my thoughts. I was afraid of coming up short and being a failure. With each week that passed, a feeling of dread overwhelmed me at work and at home.

At times, I was certain that the kids were plotting against me. I could sense when a plan was brewing. Like any well run rebellion, they looked for the strongest willed child and followed her every lead. It seemed that each day, right after lunch, they would launch an offensive to take control of my class.

On one particular day, after getting their mats down for nap time, I announced,

“It’s time to line up for the bathroom!”

I felt a sense of doom as I looked at their fearless leader. She smiled so big, and I knew I was in for something horrible. She tipped her body sideways on her seat and every kid did the same. At first, I ignored their attempt to bait me into an all-out war. I headed to the door and called my first child. One after the other they lined up, and everything seemed to be proceeding smoothly. That is, until I called up our little ringleader. Everything went haywire! Instead of walking up to her place in line, she crawled up on her knees. Instead of staying in line, as was expected of her, she started to jump on every mat in the room. Believe it or not, this wasn’t a first for her, but for some reason, on this day, every child in line decided that it must be alright. I had ten kids running in my classroom and they were completely out of control. I tried desperately to wrangle the children back in line, but the situation deteriorated rather quickly —it was them against me.

My voice was useless.

My commands were useless.

My kids had managed to knock every toy, chair, and bucket over, and the room looked like a tornado passed through it. One of my co-workers happened to pass by and saw me in complete peril. She got all the kids to line up with just a snap of her finger and a single command. She scooted them off to the bathroom while I was having a complete meltdown. I was crying so hard that I couldn’t catch my breath. My director came to the room and tried to calm me down, but I just wanted to go home. I really did.  I didn’t care if I ever came into contact with another kid again.

What was going on??? Why was I failing so badly? Why did it seem like these kids obeyed everyone else but me? I felt like I had no choice but to leave my job, and find someplace else to work.

After I had a couple of minutes of just breathing and crying out all my frustrations, things didn’t seem as hopeless anymore. After I had a chance to talk with someone about everything that I was feeling, magically, everything went back to normal. All the kids went to take their nap and I sat in the dark room hoping the rest of the day wasn’t going to be a nightmare. I prayed so hard that afternoon. I didn’t understand why God wasn’t helping me. I had asked Him to make my day peaceful. I had asked Him to make my kids obey. But it seemed my prayers were going unanswered. I had resigned myself to the fact that my week was going to be terrible —and it was only Monday.

I came in the next day with pretty much the same attitude. I already knew my children were going to act insane. and I knew I wouldn’t be able to capture their attention; because even a story about their elbow would be more interesting than anything I had to teach. I worked as if I was just the adult supervision and I gave up control of my classroom to the kids. It seemed like the only way to survive this ordeal.

Like with everything, time made all the difference. I accepted the fact that it was okay to cry out my frustrations. I realized that even though I could talk to Jesus about my shortcomings, it was fine to blow off steam with my fellow teachers, and let them see my weakness. I have given a lot of thought to the first four months that I worked there and I’ve noticed a couple of things that would have made my life so much easier.

Attitude is everything. Instead of letting my prayer life change my attitude, my attitude was affecting my prayer life. My prayers were worthless because I was convinced that He wasn’t going to help anyway. Even though I prayed in the morning and then again at night, I failed to acknowledge Him throughout my day. I prayed that the children would listen to me, but never prayed that God would give me the strength to understand the issues of my children. I walked into my room already defeated. I assumed I had no influence and that set the mood for disaster.

Their day starts at 6:30 in the morning. I can only imagine the amount of pressure being put on these children. In the beginning, I would see a spoiled child trying to make their parent late with all their extra kisses and hugs. Now, I see a child trying to get all the hugs and kisses they can, before they have to spend their whole day with someone other than their parents.

On top of that, I should have been praying for the parents. Their life is filled with hardships and trials.
Mom and Dad have to rush out the door and still make time for their child. Our society has forced families to choose between providing their children with the basic necessities, or having the luxury of spending time with them. Now I watch as parents drop off their kids and I can see the struggle in their eyes. It’s not that they want to place their child’s life in the hands of a daycare teacher, but, somehow, they have to support their family. The last thing they want to hear is that their child is misbehaving. I think it’s probably the most heartbreaking thing to hear. The way I reported their child’s behavior was straight to the point and there was no positivity included. It didn’t occur to me that the parent wanted to hear about their child winning a prize for best coloring, or behaving the best at nap time.

I needed to separate my personal life from my professional life

I wasn’t giving them the love and patience they needed, because I was more concerned about what was going on in my life. I based my day upon how I was feeling instead of putting the needs of my kids ahead of my own. I let my life come into work with me, but I should have been trying to be the missing piece to that child’s life.

Focus on the task at hand

I didn’t think about the fact that these children were depending upon me to teach them and give them my whole effort. Just recently, I taught a child how to write their name. I took the time to connect with the child. Taking into account that she was only three, I praised her instead of being a drill Sargent and losing my patience. In the beginning, I viewed my job as a checklist of things that needed to get done. Once I looked at each task as a stepping stone to their success, I could revel in their accomplishments. I then understood that their success was my success.

I’m not saying it’s perfect all the time. Right now I am dealing with a whole set of new problems. But now that I have these things in mind, I feel a lot more in control of what goes on in my classroom. They see me as someone who wants to help them and not as someone who is constantly on them about their behavior. Being a teacher is the most important task a human could have. Every one of us is a teacher in and out of the classroom. There are children everywhere. They watch what we say and they watch what we do. They need us to be patient. They need us to be loving. They need us to give them our best effort. Do they see God in your life? Do they see you giving your all? Do they see you loving them with a true and genuine love? You have an important role as an adult. Please, don’t take it lightly, because you never know when you could be the one to help them achieve something great. 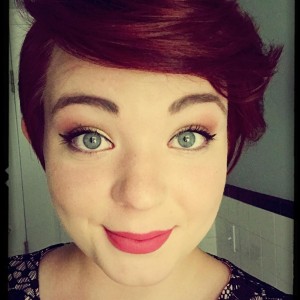 Hello! My name is Olivia and I’m the ninth child in a family of twelve. As a child I always had an interest in all things creative. Being in a large family, it is hard to have a unique and interesting hobby that hasn’t been taken by another sibling. The first time I picked up a paintbrush I had finally found my passion! After that, I never stopped.
More by This Author

Hello! My name is Olivia and I’m the ninth child in a family of twelve. As a child I always had an interest in all things creative. Being in a large family, it is hard to have a unique and interesting hobby that hasn’t been taken by another sibling. The first time I picked up a paintbrush I had finally found my passion! After that, I never stopped.
More by This Author