Once Upon a Newspaper Ad(12 min read)

Once Upon a Newspaper Ad(12 min read)

In June of 2016, just a couple of weeks before my daughter, Brooke, was born, I had the opportunity to begin working at a locally owned web development and media company called Pixelvine Creative in Freeport, MI. After serving at a church in Southern Indiana for close to 5 years as the youth pastor, through much careful prayer and consideration, we moved to the state of Michigan to serve at a small, rural church in the bedroom community of Delton. It was not a paid position initially, but ran more along the lines of a church revitalization effort. The pastor, Steven Miller, and his wife, Ashley, were close friends of ours with whom we had the joy of knowing during our preparation for ministry in Bible college.

The whole ordeal was in every sense a step of faith. We weren’t strangers to this type of situation as our last ministry had its fair share of “unknowns.” Nevertheless, this venture most certainly had its doozies which we hadn’t dealt with before.

Through it all, God was good to us. Looking back, I can see where He placed a great number of things out of our control. Little by little, we were learning to trust Him, and as more challenges arose, He would prove His sovereignty over and over again.

The job I secured would, in fact, not hold up to the onslaught of ever-accruing bills. And how God would supply was completely unexpected.

In The Nick Of Time

I can distinctly remember the ad in the newspaper that caught my attention while I was frantically searching for a way out of the 100% commission, door-to-door nightmare of a job that I thought would be a piece of cake. Turns out, I am not a very good salesman, even when the job doesn’t entail selling anything (no joke). In fact, I seemed to be incapable of convincing anyone (for the most part) to “sign-up” for something that would save them money—and here’s the funny part—at no cost to them. They literally just had to sign the paper and they would save money on their gas bill for the entire year.

It was a legitimate service, but I managed to make it sound like I was asking them to sign over the deed to their home. I made $20 for every sign-up, which meant I could survive with 5-6 sign-ups a day, but, instead, I was getting a measly 2-3 on average. Needless to say, we had another baby coming and I needed a new job quick.

Despite my résumé bearing zero trace of experience in the web development field, I decided to give it a try. Building websites was of great interest to me and I had dabbled in graphic design for close to 3 years prior to moving to Michigan. I had one logo sale under my belt and I was hoping it would offset my otherwise irrelevant work history. So I emailed my résumé and decided to do a follow-up the next day.

Freeport, Michigan—if a modern-day Mayberry existed, this was it. But on one of the side streets, sticking out like a shiny marble in a pile of rocks, sat a somewhat modernized store-front that was connected to an old car garage. As I pulled into one of the parking spaces, I noticed a sign straight in front of me on the outside wall that read “Street Rod Parking Only” (a space I would park in every week for the next 2 years with my ’08 Kia Optima). For some reason this was a sign to me that the atmosphere was going to be more laid-back, which was completely fine with me.

I was determined to work there. Build websites, design stuff, drink coffee and get paid for it? I was in.

Once I walked inside, my already beaming desire to work there doubled, no, tripled immediately. I am a sucker for good design, and the layout of the office space really did it for me. Everything in me said, “You must work here. You must work here now!” I was subsequently greeted by an employee who was hidden behind an array of monitors at his desk.

“Hi there!” he said in a distinctly “michigander” accent, “I’m Vince. What can I do for you?”

I introduced myself and unwittingly felt the urge to tell him my life’s story. This was always a fallback of mine, being introverted, but thankfully, I resisted. The owner was out, so I decided to ask Vince and another employee if they liked working there. Both gave a very positive response and made a reference to the fact that, as a business, they drank a lot of coffee.

Forget what I said earlier about the level of my desire to work there. Wherever it was on the scale before, it was now off the scale. I was determined to work there. Build websites, design stuff, drink coffee and get paid for it? I was in. Well, my heart “was in”, but I had yet to have an interview. To my surprise, that is exactly what I got.

The Moment of Truth

The day before my interview, I made a portfolio of everything I had ever designed (which wasn’t very much), practiced my “I-know-I-don’t-have-experience-but-I-really-want-to-work-here” speech and prayed—a lot. Upon my arrival the following day, I was greeted by Sean who proceeded to lead me through an antiquated car garage into a large room on the other side. We sat at a large table where his wife, Sue, later joined us. He began the interview by telling me the story of how his company had started.

Now, at this point, I had already watched every piece of media and read every word on their company website. So, in essence, I already knew everything he was about to say, but, of course, I wasn’t going to stop him. For some reason in my nervous, insecure mind was the belief that any sudden movement or interruption would cost me the job. So I waited patiently.

After presenting both of them with my sorry excuse of a portfolio, they started in with the questions.

“So you went to Landmark Christian School in Florida?” he asked with a hint of curiosity. He was most likely wondering why nothing in my résumé seemed to indicate that I lived in Florida at any point in my life.

Other than my lack of experience, this was the one thing I thought would ruin my chances of getting the job. I didn’t know what they thought of homeschooling. What if they thought homeschooling was, for lack of a better term, weird?

Once again, to my surprise (really, the whole thing was a surprise, so forgive me for overusing that expression), they both looked at each other and Sue exclaimed,

All of the sudden, the word I thought would be considered taboo in this situation turned out to be one of the greatest assets to landing me the job. Needless to say, I began to lean heavily into the topic. I don’t remember their exact words, but they said something to the tune of actually preferring the position be filled by a self-taught homeschooler. Who would have thought, right? So not only did my homeschooling prove to be advantageous for me, but (dare I say it again) to my surprise, the fact that I didn’t go to college for design or web development was also a plus!

After discussing the nitty-gritty of potentially being hired, they concluded the meeting and told me they would get in touch. I felt pretty good about the interview, but there was still a trace of doubt that kept telling me I shouldn’t get my hopes up.

Over the weekend, having heard nothing about the job at that point, my very pregnant wife was having contractions. We payed a visit to the hospital that Saturday thinking it was time for baby Brooke to make an appearance, but they weren’t quite strong enough for her to stay at the hospital.

Even though this was our second child, there was still a “first-time” feel to the whole thing. Levi, our oldest, came an entire month early without warning. And by “no warning” I mean there were no contractions to speak of—nothing. Allison’s water broke on a Friday morning and, after the doctors assessed the situation, it turned out Levi was breech. There wasn’t enough amniotic fluid left to safely reposition him so they had no choice but to perform a c-section. So even with one birth behind her, she still didn’t know what to expect.

The following Tuesday, it was time for Brooke’s arrival into the world. We made the 1-hour drive to the hospital in Kalamazoo and Brooke arrived a few hours later. Wednesday morning, out of the blue, I got a call from Sean about the job. Needless to say, I didn’t really want to talk or think about it at the moment, but I really needed the job so I decided it was expedient for me to take the call. To my amazement (there, I didn’t say surprise), he offered me the position!

A familiar, yet uncomfortable feeling came over me again. The same feeling that consumed my nerves as I sat at that large conference table across from my future boss while he gazed at my pitiful portfolio.

“Your first day will be Thursday,” he said in what seemed to be a matter-of-fact tone.

I really didn’t want to mess things up, but I knew that Thursday just wouldn’t work. Our baby was here. I needed some time. So only a few minutes into being hired, I proceeded to explain why I needed to take a few personal days (unpaid of course). A familiar, yet uncomfortable feeling came over me again. The same feeling that consumed my nerves as I sat at that large conference table across from my future boss while he gazed at my pitiful portfolio.

My people-pleasing personality and tendency to overthink things made me worry if this was “the straw that would break the camel’s back.”

All of my worry was completely unnecessary and ridiculous, to say the least. As I over-explained my situation with so much needless information (as my introverted self tends to do in confrontational situations), Sean stopped me before I could say anything else. He immediately put me at ease and told me he completely understood.

“Take as much time as you need,” he said, “Your job can wait. It will still be here when you’re ready.”

Over time, Sean proved to be the best boss I’d ever had. Being a Christian and a family man himself, he was extremely flexible in the area of family matters and ministry. Having endured several bosses who couldn’t care less, and job descriptions I wouldn’t wish upon anyone, God allowed me to have a job that would not only pay the bills, but one that I would actually enjoy doing.

It’s been 2 1/2 years now, and a little over a year ago we moved from the small town of Hastings, MI to the metropolis of Cincinnati, OH (a story for another post). During that whole process, God has allowed me to keep a part-time job with Pixelvine as a sub-contractor while serving as the assistant pastor at Lighthouse Baptist Church.

This part-time gig continues to serve as an altar of remembrance for our family—a reminder of how God proved His ability over and over again by supplying our needs in a myriad of difficult circumstances. 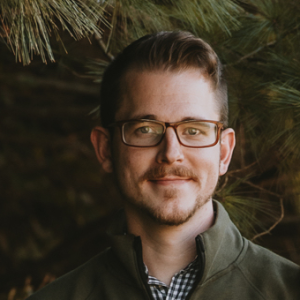