I want to tell you a story of a man who chose bitterness over forgiving, forgetting and forbearing. This bitterness caused him to betray his best friend. He was a nobody who became a somebody after the king chose him to be his most trusted advisor. His name was Ahithophel. According to II Samuel 16:23, His counsel was “as if a man had enquired at the oracle of God.”

A Bond Broken by Bitterness

During King David’s early reign, Ahithophel became a great help and a friend to Him. His loyalty to King David, rubbed off on his son, Eliam, who became one of David’s mighty men. It also inspired his son-in-law, Uriah, to fight in the king’s army.

One day while David was on his rooftop, he saw a woman named Bathsheba bathing (II Samuel 11:3). Even though he knew she was married to Uriah, David wanted her. He sent his messenger to bring her to him, and David, the king, committed adultery.

The Cover-Up Deepened the Bitterness

Not long after, the king got word that Bathsheba was with child. After hearing the news, he tried to hide his sin by calling Uriah home early from the war. But her husband, being an honorable man, refused to go home to his wife while others were fighting for the kingdom. David became outraged and sent Uriah to the forefront of the hottest battle, and there Uriah died.

After this Bathsheba, Eliam (her father), and Ahithophel (her grandfather) mourned the death of Uriah. David the took Bathsheba as his wife once her time of mourning was complete and she bore him a son. But, this act of immorality displeased the Lord, and caused David to lose fellowship with God (II Samuel 11:27). God sent the prophet Nathan to deliver a message to David. After David’s sin was revealed, David immediately repented of the wrong that he had done (II Samuel 12:13). Unfortunately, the child that was conceived in sin died. However, chapter 12 tells us that God gave them another child and they named him Solomon.

When David repented of his evil, it only infuriated Ahithophel. In his perspective, David’s tears of repentance did not vindicate Uriah’s death nor the seduction of Bathsheba. In fact, because of David’s actions against his family, Ahithophel left the service of the King.

The Bitter Man Plotted his Revenge

Seven years passed, and Absalom, another one of David’s sons, got into trouble for trying to avenge the rape of his sister Tamar. He killed his brother Amnon and fled to the king of Geshur for three years. Ahithophel got word of this and plots his revenge on King David with Absalom’s help (II Samuel 15:12; II Samuel 16:20).

Anger is an acid that can do more harm to the vessel in which it’s stored than to anything on which it is poured.

In the next couple chapters we find Absalom seeking ideas from his advisors regarding a strategy in the battle for David’s Kingdom.
Ahithophel wanted to exact revenge on David, and this would be his opportunity. He instructed Absalom to send twelve thousand men to kill David that very night. Absalom disregarded his counsel and chose Hushai’s plan instead. Ahithophel’s objective failed, so he went home and hung himself. Because of bitterness, instead of seeing his revenge on David, Ahithophel succumbed to his own unhappy ending (II Samuel 17:23).

Bitterness will either cause you to blow up or to clam up; each ending in disaster. When we allow the root of bitterness to take hold of our soul, we begin to think evil things, and then do evil things that we never thought possible. The problem with Ahithophel is that he did not forgive, or forget, or forbear. He chose to clam up and then blew up. The result was his own destruction.

What can we learn about bitterness from the life of Ahithophel?

And be ye kind one to another, tenderhearted, forgiving one another, even as God for Christ’s sake hath forgiven you.

It only takes one to forgive but it takes two to reconcile.

When we choose not to forgive, we are allowing bitterness to root itself into our lives. Pride sometimes keeps us from forgiving. We create this idea that our ego is more important than our relationship with that person. If we truly embrace what Christ taught us, we will forgive everyone including those we don’t think deserve it. Having a forgiving spirit will give us a peace and we will not have the weight of bitterness holding us down. As difficult as it may have been, Ahithophel should have trusted that God’s judgments are true. He should have actively tried to forgive David for his part in Uriah’s death.. Because he chose not to, he lived in misery and died in the same.

If you have someone you are bitter against, remember that they most likely aren’t even aware that they did you wrong; or if they do know, they have removed it from their mind and are focused on better things. Bitterness doesn’t hurt the one you are angry at as much as it hurts you. Bitterness will silently kill you from within.

Forgiving and forgetting go hand in hand. Unless we choose to forget, it will always rear it’s ugly head in our dreams and every time we see or think of that person. People make mistakes, but it doesn’t mean that we have to let the past control our future. If we choose not to forget, we will be miserable. Since misery loves company, the only people we will want to be around are miserable and bitter people. This means also, that we will avoid being around joyful people.

When we ask God to forgive us of our sins, He removes those sins from our account and never remembers them again. When someone asks for our forgiveness, we need not only to forgive, but also to forget. Bitterness will control our future if we choose to practice one without the other, and we will not accomplish what we should for the cause of Christ

Put on therefore, as the elect of God, holy and beloved, bowels of mercies, kindness, humbleness of mind, meekness, longsuffering; Forbearing one another, and forgiving one another, if any man have a quarrel against any: even as Christ forgave you, so also do ye.

Forbearance is the idea of politely and patiently restraining an impulse to do something. In other words, you refrain from bringing up an act that someone has done to you after you have already forgiven them. When we forgive someone, we ought to forget and forbear. Forgetting a person’s wrong doing helps us live our life for Christ, but our forbearance will also allow the other person to live his life for Christ.

Paul made a point of referencing forgiveness and forbearance together in the same passage. We can often be as the Christians in Colossi. Like them, we need to be reminded of forbearance. Our forgiving and forgetting will only go so far. No one likes to see the blessings of God falling on their perceived enemy. We can easily put them in their place by chaining them to their past sins.

Ahithophel saw that David was still alive. It wasn’t enough that Bathsheba’s child died, he wanted more! Ahithophel did not trust God’s judgment and took matters into his own hands.

Of all the attributes Christians should possess, forgiving, forgetting, and forbearing seem to be the hardest to master. If we choose to not forbear, we choose blackmail. This will not only hurt our future, but it will hold the offender back from reaching his full potential to reach others with the gospel of Christ. If we choose to keep our mouth shut, we can re-establish trust, and trust will reconcile us to our friend, and to God.

Looking diligently lest any man fail of the grace of God; lest any root of bitterness springing up trouble you, and thereby many be defiled;

You have heard the saying, “the end will justify the means.” When it comes to bitterness, the end will always be worse than the beginning. Even though the world teaches that revenge is sweet, the truth is, revenge damages everyone who wishes to partake in it. Ahithophel had a wonderful life until David’s sin severed their relationship. As David repented and sought forgiveness, God forgave him. Ahithophel wanted David to suffer, he didn’t think that David deserved forgiveness. This ate him up until the day he died. We, as Christians, should not let our bitterness cause us to fall. The end will not justify the means when we seek our own vengeance. 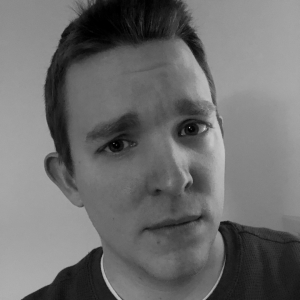 I am the oldest boy in the Demastus clan, but I have two older sisters. I can be a jokester at times, but can be taken seriously when it comes to things I am passionate about. I have a college degree in Pastoral Theology and am currently serving the Lord with my family at Open Door Baptist Church in Aberdeen, Scotland. Excited about what God is doing in our lives!
More by This Author

I am the oldest boy in the Demastus clan, but I have two older sisters. I can be a jokester at times, but can be taken seriously when it comes to things I am passionate about. I have a college degree in Pastoral Theology and am currently serving the Lord with my family at Open Door Baptist Church in Aberdeen, Scotland. Excited about what God is doing in our lives!
More by This Author